If you’ve been using our app lately, you may have noticed that it was renamed. In fact, everything around here has been renamed.

While we’d like to explain how this rebranding will unleash a new wave of disruption by reducing our customer acquisition cost and massively expanding our total addressable market… the reality is that those other guys have a trademark, were having a bad day, and decided to enforce it.

Merry Christmas to all.

You may have noticed by now that something is missing. From our app and from your life.

The sun rises and so do you. You shower to numb the weariness, artificial light and warm water dispelling the illusion that today might be a weekend. Mild-mannered, you join the ants marching to proletarian offices where you engage in a pantomime of commerce. Through tinted glass windows you keep an meaningless eye on the weather. The smell of cheap coffee numbs your senses, as you focus on pressing the right keys in the right order. Computer screens reflect in the glass, wan spreadsheets distorted, tired compilers reprocessing the same instructions again and again. Iterative modifications reduce entropy until a glimmer of perfection emerges. As the light slowly turns to evening eventually something halts. You grasp your car keys like a trophy and stand up. See you tomorrow, you say.

This is not where you want to be.

Meanwhile, you dream. Desert cities glitter beneath snowcapped peaks. Deep canyons flash flood as lightning crackles and hailstones fall. Aspens wink in shocking yellow along a mountain pass, sliding down through the oranges and reds of deep fall. In sand dune valleys below, gnarled cottonwoods drink deeply to sate the thirst of decades. Pronghorn flutter sultry eyelashes and prance unfettered through the unfenced sagebrush.

Once, twice a year, you live the dream. It costs you dearly. Sleepless nights, days of travel, weeks of planning, months of savings. The ancient world is still there, only half-remembered, now battered and frail. You can visit, but you cannot stay for long.

We cannot give your days meaning. But we can help you dream better. We should have done this from the beginning. We forgot.

In version 2.1.4, we introduce the concept of a Bucket List. It’s like a trip, but instead of days there are folders. In those folders you can store all of your bucket list activities, all ready for you to copy and paste into a trip when you’re ready to commit. You can also use it to store activities that don’t really need a trip, like if you’re just going hiking for the day.

The office awaits us all tomorrow. Let us dream, just a little, to help the time pass better. 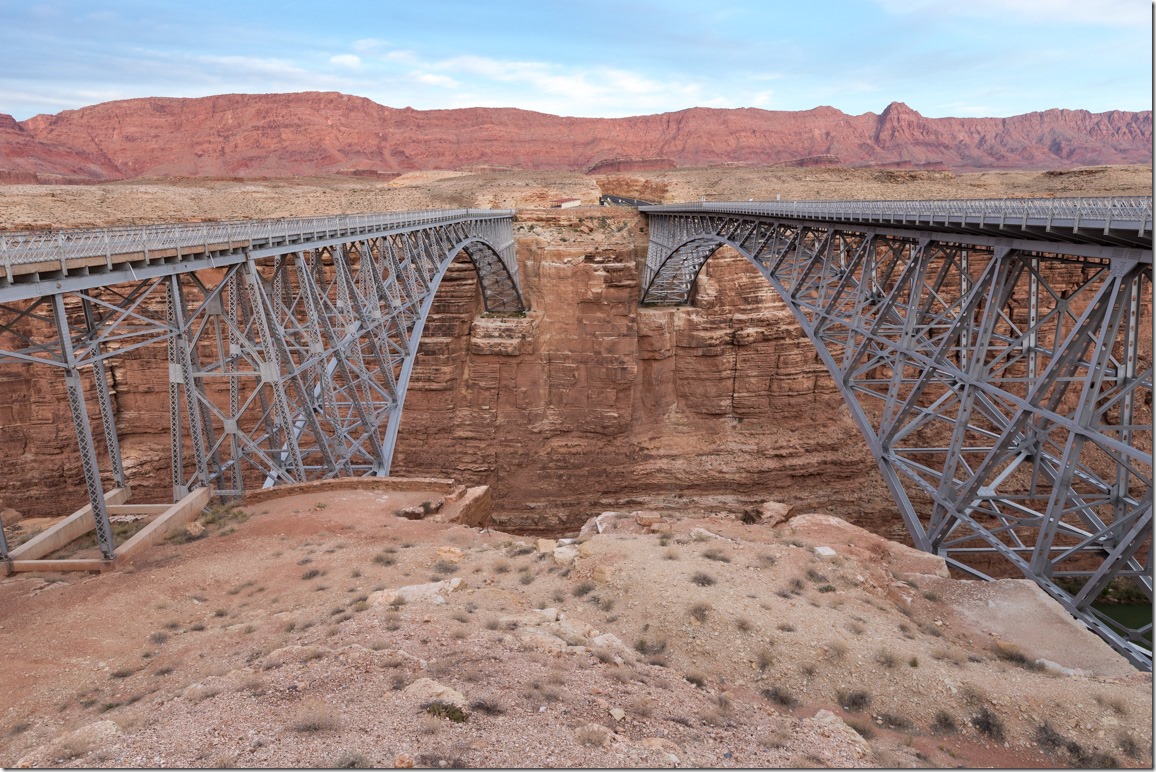 The Venture Capitalist was displeased.

“That’s all you’ve got?” he barked, taking a deep swig from his bottle of soylent. “People don’t even travel anymore; they do everything in VR! You should be making goggles and helmets. But no! You wrote a travel app?”

In our imagination, a pin dropped and shattered our eardrums in a burst of silence. A hundred eyes focused in unison as our stock split and our fair market value turned tail and went negative.

The Venture Capitalist went in for the kill.

“Maybe your users need a GPX track to find the bathroom after Netflix and chilling?”

The elevator pitch had begun so smoothly. We had designed for ourselves and expected like-minded people to come out of the woodwork. Maybe it wasn’t exactly Uber for adventurers. But could it become Word for wanderers?

But now things had gone awry. We passed the hundred and eleventh floor, and the elevator was beginning to shake. We were fairly sure the building only had nine stories.

Looking down, the floor was clear glass. A sargassum of forked blockchains writhed beneath us, abandoned by even the hoariest of miners. The lights flickered. The elevator’s display no longer had a floor number, just a name. We had arrived at the cemetery of failed software projects. Several floors beneath us, a Pets.com sign blinked ominously.

It was then that we noticed the distinct lack of pants in our lives. While embarrassing, it explained a lot.

We awoke in cold sweat, still hearing the Venture Capitalist’s final mocking laugh. “Hey, maybe you can make it social, too! Like Facebook for hobos!”

As we poured ourselves an unusually large bowl of cereal, we reflected that even bad nightmares can bring good ideas. It was true: we had conceptualized trip planning as a solitary activity: our target customer was a modern-day Magellan, burning the midnight oil over maps and charts, searching out obscure petroglyph sites on Instagram while polishing his astrolabe and sextant.

So why not do something more social? No man is an island. And our extensive user research has hinted at the possibility that some of our users might even have friends.

With that realization, the scenarios practically wrote themselves.

Maybe you’re travelling with someone, and they’re not terribly fond of surprises. You share the trip with them. They might even give you some feedback. Or even navigate while you drive.

Maybe you’re travelling someplace risky, and you want someone outside your travel party to know where you are. You share the trip with them, and they’ll know to call the County sheriff when you don’t check in.

Maybe your friends want to go on that hike to see the waterfall you posted on Flickr the other day. You reluctantly share the trip with them, feeling a twinge of responsibility for when they inevitably get lost. At least they have you to call the sheriff for them.

The app already supports uploading trips to cloud storage. So why not just share those trips with other people as well? You can even set read/write permissions, and choose to share all your trips or just one.

And so we did that. We went social. Sort of.

Somewhere, someplace, the elevator lurched into motion. This time, we had remembered to dress professionally, hiking boots and all, backpack loaded with water, spare lenses, and a packed lunch.

“Come hiking with us, and try it for yourself”, we said. “We’ll share the trip with you.”

The Venture Capitalist installed version 2.1.0 and asked for a premium code. We watched nervously as he downloaded the trip.

Suddenly the elevator stopped. The door opened to a high alpine forest. Morning sunlight filtered through the dwarf trees, scattering off erratics and wildflowers. Patches of snow lingered in the shadows. The air was crisp and clear. A mature blockchain rattled happily in the distance. We had arrived at the trailhead. 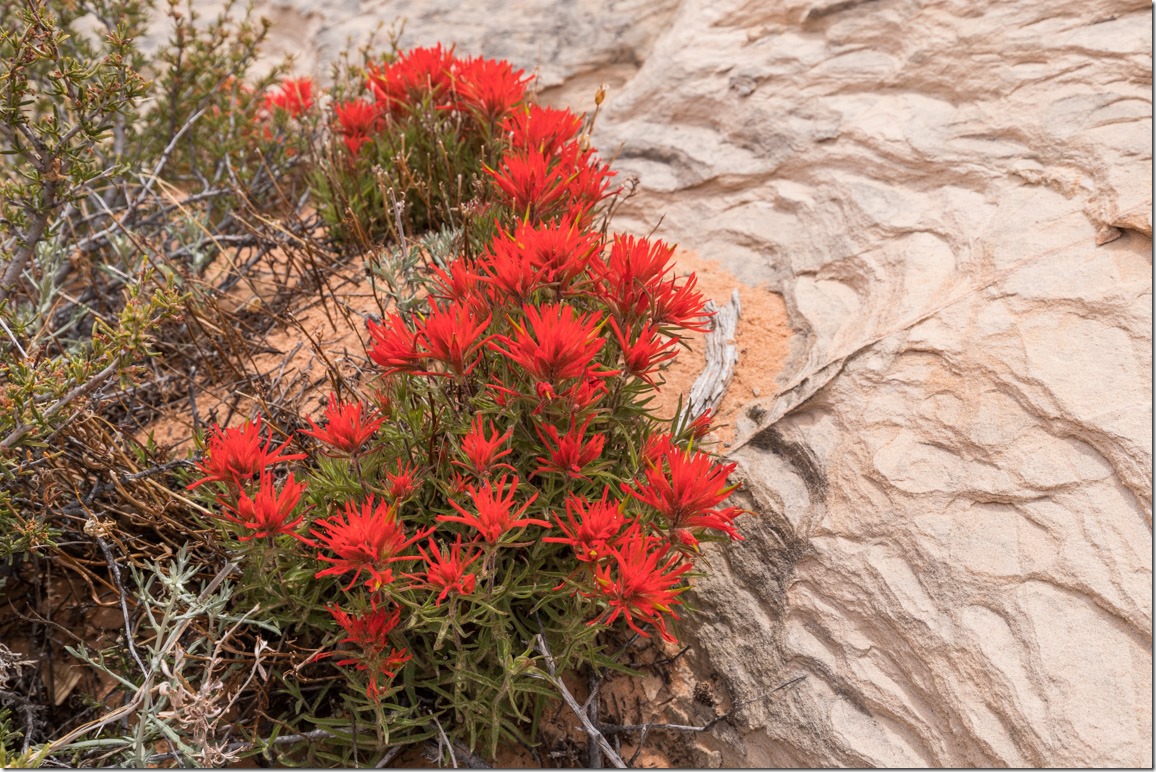 In these dire times something as trivial as a software launch is likely beneath your attention. We live in the most interesting of times. Fascism is on the march. They’ve come for the children, and they’re not giving them back. There is no app for that, not even a moral compass.

All we know is that there’s a lot of travelling in our future. Maybe we’ll be going to a march to protest state-sponsored child abuse. Maybe we’ll casually visit a country without extradition treaties. Or maybe someone will put us on a train. Either way, there is an app for that, and if we manage to smuggle a smartphone in our underwear we might be able to use it.

With that in mind, it is our pleasure to announce that our Android app has officially left Beta and is now available to everyone in the Google Play Store. With version 2.0.5 the app has finally graduated. Maybe you can even offer it a job.

We stand by our usual principles for this release: if it’s not good enough for us, it’s not good enough for you. To that end, we spent ten days in May wandering off the grid in southwest Utah, with Backroads for Android as our guide. The app performed admirably, and we came home with a bunch of tracks recording our adventures. They even synced up to the cloud and happily jumped to all of our devices without even asking us. This might not be the app the world needs these days, but it’s become a mighty fine tool for adventure travel.

Safe travels, and watch out for fascists.

You might think that keeping things in sync would be fairly simple. It’s just copying data around, right? But no.

What makes it difficult is handling conflicts. Just like in the real world, we’d have fewer problems if we all just got along. But like a programmatic Middle East, some data synchronization conflicts are simply intractable. In the abstract, there’s no right answer. Just, if we’re lucky, a compromise that all parties can agree to.

But we’re just a humble software program. The only game we know is abstraction, and we’re not invited to any of the good parties.

So we do our best, but even when we do everything right there are cases where the result is wrong. We don’t even know why, but we end up accused of corruption. There is no trial. We’re uninstalled. Game over.

Next time around we have a thought. Spending some time in the real world always brings inspiration and, sometimes, solutions. This one is simple, and it seems to work for almost everyone in this day and age: what if we hand off all of our externalities to someone else?

It turns out we’re not really in the data synchronization business at all. Instead, we simply provide a conduit for data to be synced. A higher authority can decide what’s right and what’s wrong, and worry about who killed who. We’re just a data-agnostic platform, a neutral happy medium without a message, an arms dealer to good guys with trips to sync up and down. If we had a business model, it would be keeping our hands clean.

One question remains unanswered. To whom shall we externalize the problems that weigh so deeply on our souls? Well, dear user, if you don’t know the answer to that, then it’s probably you.

Which brings us to our latest Backroads premium feature. As of version 2.0.0, you can now use your OneDrive account to sync trips between your devices. And when we say sync, what we mean is that we give you upload and download buttons on your trips and you decide when to press them. The app will warn you if you’re about to overwrite local changes, or about to upload an older version to the cloud.

It works quite well, and we think you’ll really like the feature. We think there’s at least one more fun thing we can do with cloud storage, so this isn’t the end of the story. And maybe this cloud thing will catch on after all.